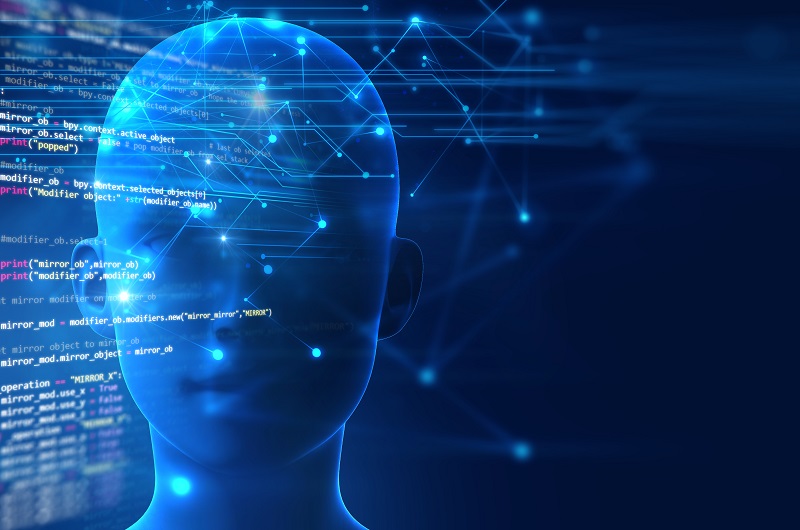 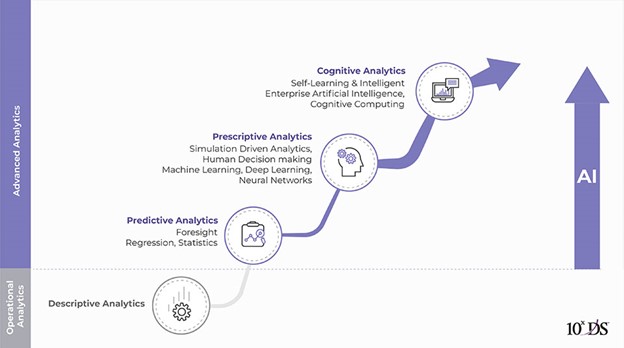 Historically, there have been four types of data analytics since Alan Turing invented the Turing Machine and became the father of modern-day computer science. These four types answer specific questions with the data and represent:

All of these are important questions to ask when working in data analysis. It is necessary to have a standardized system of analysis to gather insights with the four listed above. However, what if you could include the best attributes from all four and have a system that analyzes the process itself? As the system gathers more data it would refine its own process and mirror human intelligence thought patterns to drive better insights. Not just structured data as the ones listed above but include and learn from unstructured data in a self-feedback loop. The system would not need human oversight and improve the more data that was fed into it. This is the next evolution in data science, Cognitive Analytics (CA).

“Cognitive Analytics is the most advanced form of analytics that combines a number of intelligent technologies like artificial intelligence, machine learning algorithms, deep learning models, and more to process information and to draw inferences from existing data and patterns, to derive conclusions.”1 “It is a subset of big data analytics that uses cognitive computing techniques to analyze data sets and extract insights that are not easily identified by traditional analytics tools.”2 CA allows systems to see the data and act upon it like a human brain would in real time unsupervised. 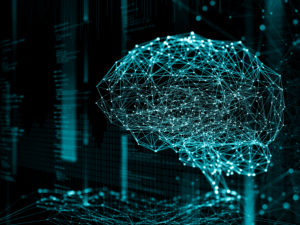 As companies continued to grow and with locations across the globe, it became impossible for one human brain alone to view all the scattered, unstructured data and understand it, let alone draw insights from it. Data gathering is growing at an exponential rate and the rate is continually increasing. The alternative of trying to utilize traditional methodologies by structuring all incoming data was an impossibility with data sources such as video, text, images, audio, emails, social media posts, and more with almost infinite variability to its structure. The need became prevalent for a system that could learn from the incoming data and adjust its thought patterns in real time to respond to the data sources.

Something almost everyone with a cell phone knows about is Apple’s Siri. Siri utilizes CA with its ability to recognize only the owner’s unique voice pattern. This is why when a person tries to access another iPhone’s Siri using their voice, Siri does not grant the foreign request. When a user speaks to Siri on their iPhone, it records their audio signature and assimilates it into its knowledge base of the user. Every person on the planet has a voice signature that is unique to them which can act as a primary key in a knowledge base. Each time the user utilizes Siri it adds more protection to its knowledge base. This protects the user from other parties trying to access Siri since it has a real time source of data (your voice) and can compare it to its knowledge base of every time the user says, “Hey Siri”. Even recorded voices heard during commercials advertising Siri do not activate. That is why the commercials for iPhones with actors using Siri by example do not activate every iPhone’s Siri at home.

One thing CA does extremely well is adjust trading strategy in real time based on its feedback loops. Over the past 10 years, cryptocurrencies have taken off since the invention of Bitcoin and subsequent alternatives. It is not possible for a person to stay awake every hour of every single day worldwide to monitor trading activities and refine strategy without latency. With the volatility of cryptocurrencies, a person can walk away from trading for a few hours and have a significant loss to their portfolio. Predictive analytics can only adjust based on the parameters a trader is expecting. But what about when something unpredictable happens outside of a trader’s scope? CA is a solution to the unpredictability. It utilizes all four predecessors in analytics to strategize. Then it implements the strategy and analyzes the effectiveness of it to make improvements. With data coming in at a speed of every nanosecond, CA systems can aggregate large amounts of data in minutes, cross reference with historical performances, external variables, other factors, and continually refine its improved processes. CA processes can also reflect the human thought pattern giving more weight to recent data and ignoring the noise. A user could take this system in cryptocurrency, adjust it to the forex (foreign exchange) market, and utilize many of the same strategies during the 24-hour trading period Monday through Friday.

As a doctor in the U.S., you must accurately record which treatments and methodologies are used when seeing a patient. You charge more for knee X-rays and are reimbursed by an insurance carrier per knee X-ray done with each patient visit. You must provide a reason for the knee X-ray to justify the cost to an insurance carrier. Traditionally, it was based on the honor system that each knee X-ray sent in was unique and only done when required. There were manual spot checks but no way to view every single knee X-ray with a human eye and brain to pass an eyeball test. Bad players could be incentivized to manipulate this system and charge insurers more by sending in the same knee X-ray across multiple patients without a way to verify unique knee X-ray records in aggregate. Since the data was unstructured knee X-ray imagery, it was extremely difficult to prove that a doctor reused knee X-rays to fraudulently charge more without the human brain to verify. Then CA came into being and combined technologies like NLP (Natural Language Processing), Deep Learning models, Artificial Intelligence (AI), and more to create a knowledge base of knee X-rays. Thus, each knee X-ray had unique identifiers attached to it and could be uniquely identified in real time. This decreased fraud significantly in real time since the CA system could look at all knee X-rays in aggregate and flag fraudulent claims instantly. This allows healthcare companies to shift dollars from looking at historical data to verify its accuracy to repurposing that same money towards research and other proactive practices.

The Future of CA

Right now, CA is in its early childhood. The possibilities of what it can achieve seem endless when implemented across industries. It is already being integrated into futuristic technologies like self-driving cars, virtual reality (VR) headsets, automated 24-hour cryptocurrency trading, robotic process automation (RPA), and many more.

Back in 2011, IBM’s Watson went on the gameshow Jeopardy and faced its two greatest champions, Ken Jennings and Brad Rutter. It was a three-day tournament culminating in Watson winning handily against the two greatest contestants of Jeopardy. That was 11 years ago. What will a CA machine like IBM’s Watson be able to do 11 years from now?

How Can Trexin Help?

Analytics technologies are continually evolving and growing at hyper accelerated rates. Whether it’s looking at past data with Operational Analytics or the future of Advanced Analytics with Cognitive Analytics, Trexin can assist with all your organization’s Analytics opportunities.

Contact a Trexin Advisor to learn how we can help you “get to done” with your organization’s data challenges from current state advisory to future state implementation. 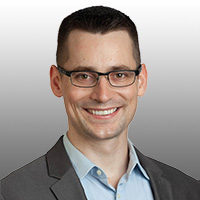 Nick Pasieka is a consultant with over 10 years of experience in the media/entertainment and hospitality industries. Nick led the architecture of search engine optimization (SEO) and social media strategy spending to increase site sales and conversions at a co-creation music publisher. Nick has collaborated with SEO, software engineering, PR, and social media strategy firms… Read more » 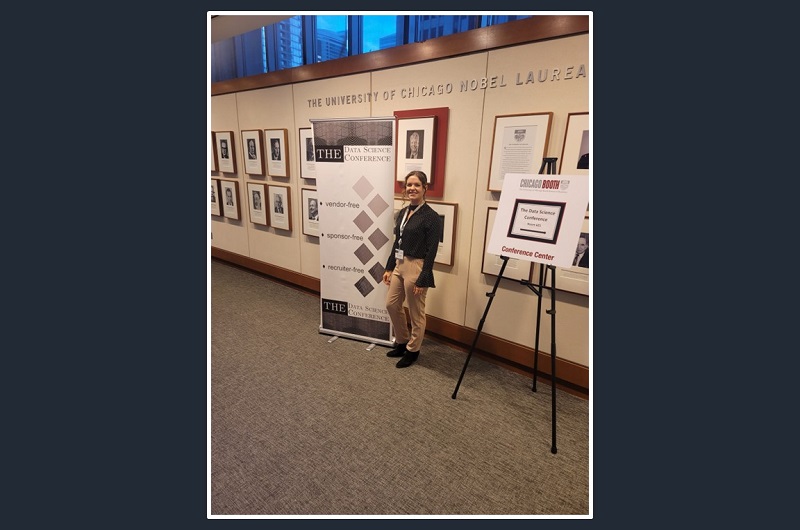 On October 27th and 28th, Destiny Vorbeck attended the Data Science Conference in Chicago, Illinois. It is the first and only sponsor-free, vendor-free, and recruiter-free data science conference.
Tagged in: Analytics
Read More 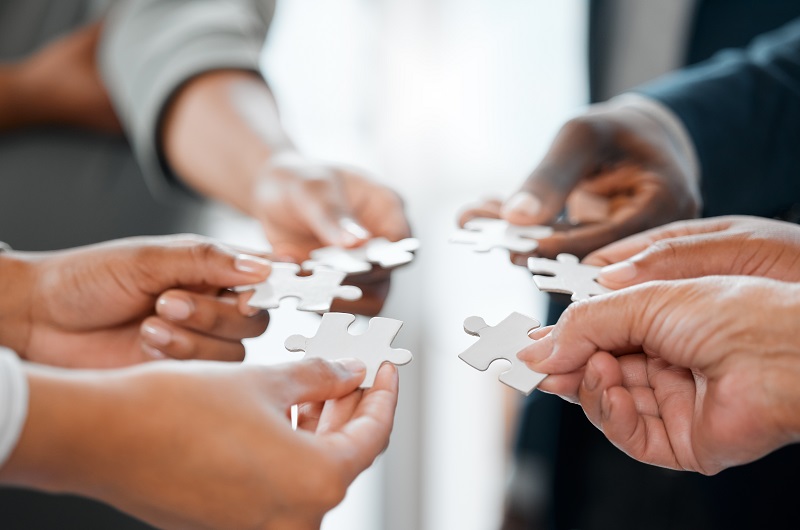 Erin Watson shares her thoughts on the importance of consensus building and why it should be a priority.
Tagged in: Healthcare & Life Sciences, Optimized Operations, Program Execution
Read More