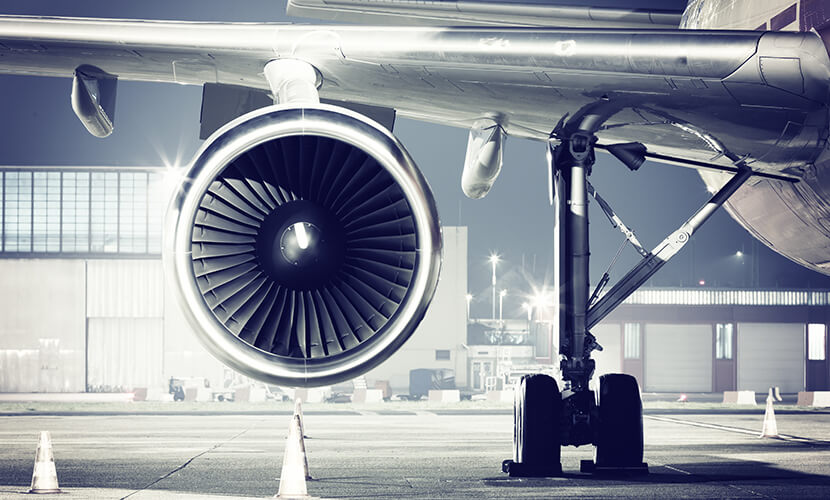 Our Client, a regional airline, had recently overcome some key financial struggles, achieved a state of stability in the market, and was ready to focus on growing the business. As they began the process of documenting their IT infrastructure and mapping processes and applications to their business requirements, they discovered several critical gaps. It became clear that they needed a new, more efficient approach managing and improving their portfolio of systems to keep pace with the modern airline industry.

Driven by the need to develop this strategy, the CIO of the airline asked Trexin to help develop an IT roadmap focused on discovering the key business needs and positioning the organization for future growth. This three-year, staged set of IT projects and architectures would accomplish the following: 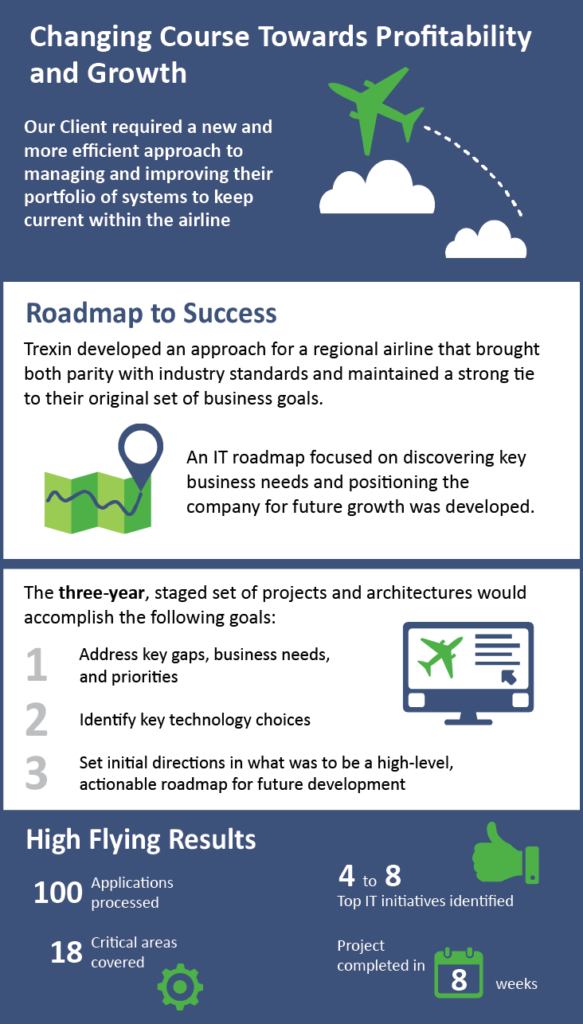 We began the eight-week project by holding a series of workshops with IT business leaders and followed that by interviewing application and process owners to assess the current state of the airline’s application portfolio. From the insight we gained, we developed a “heat map” assessment of nearly 100 applications that covered 18 critical areas such as service quality, ROI, and scalability. We also discovered that the airline’s value chain hadn’t been significantly updated for many years. While this value chain was closely tied to the organization’s brand and identity, it no longer reflected current industry and technology advancements.

We recommended a course correction that brought parity with the industry standard for an airline while maintaining a strong tie to the original set of business goals. Once this new value chain had been developed, Trexin’s team mapped all current applications to the organizational area that was considered the owner or primary user. We then designed a process model that identified the applications that were critical for the airline’s day-to-day operation.

Using this process model, we collaborated directly with the CIO to create a “Year Three Future Architecture” goal. We identified and documented the top four to eight IT initiatives for each of the next three years that aligned with the organization’s most important business goals. We then documented outcomes, calculated cost estimates, and outlined the actions required to achieve those initiatives. This plan was rendered at a level of detail that provided direction but also flexibility and adaptability, and the first year’s initiatives were more fully fleshed out, allowing them to be launched immediately.

In the span of eight weeks, Trexin delivered an actionable, multi-year roadmap that aligned with the goals of the enterprise. The final product was well-received by our Client, and even as we were developing the solution the CIO and other IT Directors were able to take components of the strategy and use them immediately in discussions with business process owners as well as with a sister company with the intent to build synergies between the two companies. Our Client is now following the roadmap and has already begun the process of launching this year’s initiatives. 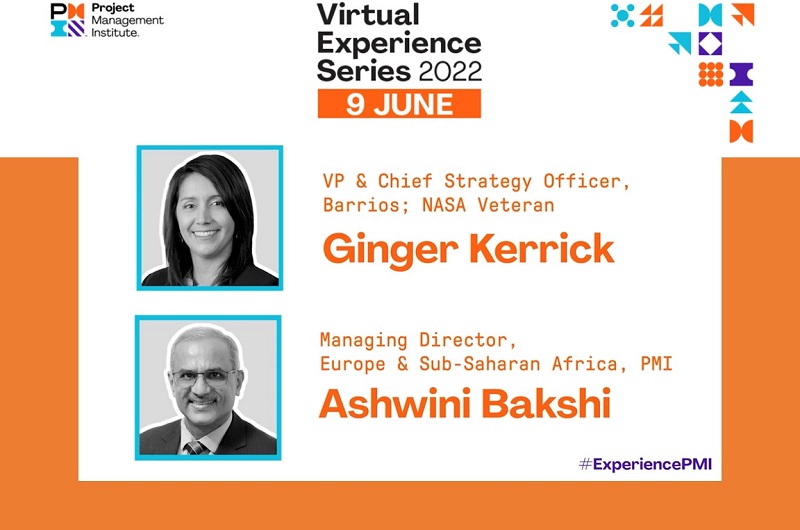 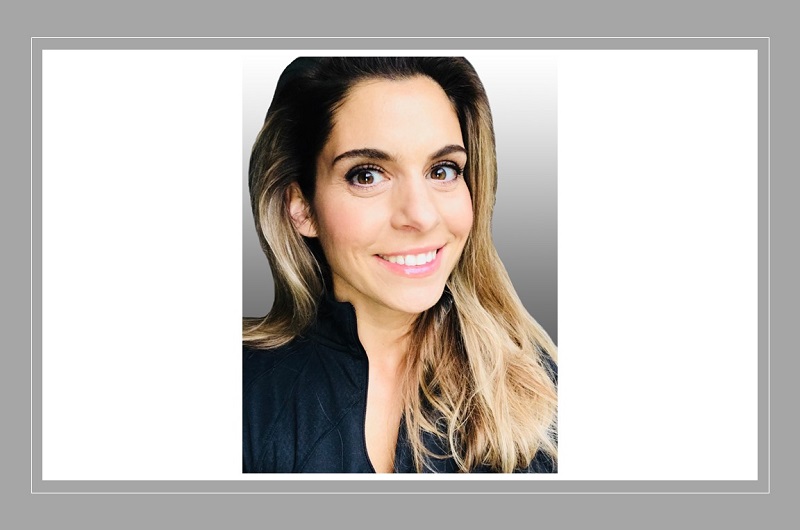